I enjoyed my trip to Blythe House to see archives held by the Science Museum. I felt privileged to be given access to these materials and having not just one but three guides added to this feeling. I took some photos and three in particular stood out for me by virtue of providing me with a sense of awe and wonder. 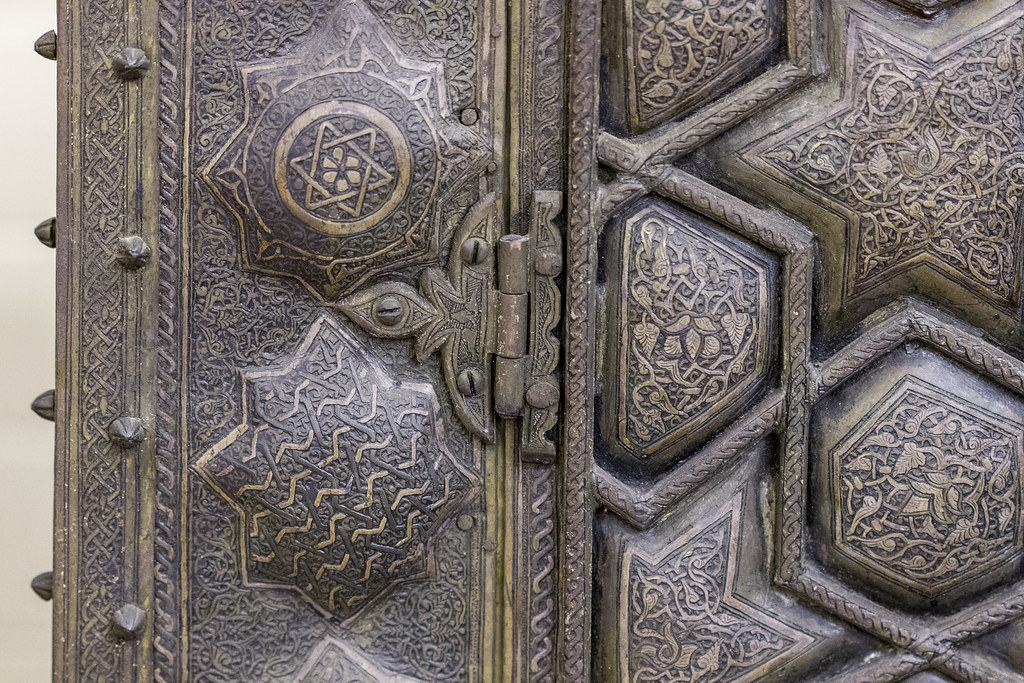 The first image was an ornately decorated cabinet. The label described it as embossed and engraved with Islamic motifs, made of brass, possibly Persian and dated broadly as 1400-1850. I was memorised by this item and especially the hinges and the patterns surrounding the hinges. A bit odd, I thought, that was I captivated by a hinge! Had I suddenly become unhinged? Why did the makers create such a beautiful piece? What was the purpose of decorating it so finely? Why was it dated so broadly? Why was this particular piece in the museum? And why was it on loan from the Wellcome Trust only to sit in an archive and not be on display to the general public?

I tried to photograph the hinge and became absorbed in the task. While I was occupied with this cabinet, the rest of our party continued the guided tour, looking at other artefacts in the room. I wanted to capture the detail of the hinge and the surrounding patterns! I couldn't tell you anything about what else was contained in that room but I did manage to get an acceptable photo of the detail that I wanted so I was pleased. While taking the photo one of the guides came to talk to me and explained that it was difficult to date objects such as these because the Victorians created imitations, which explained the broad date range on the label. 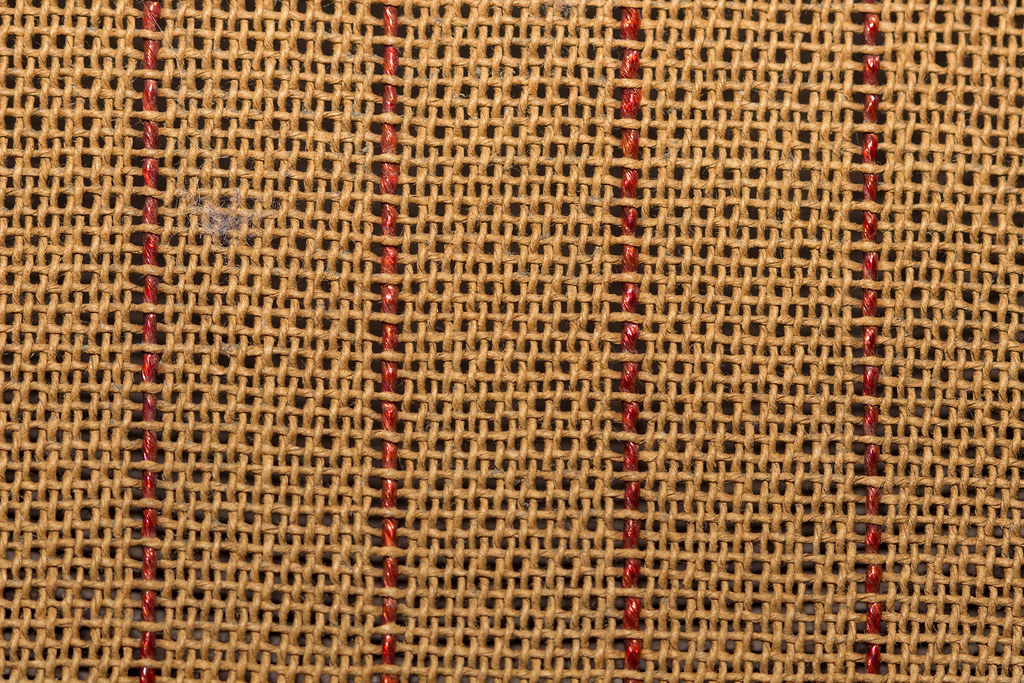 Weaver of a radio speaker, photographed at Blythe House.

Later in the day, we went into a room that contained telecommunications devices. Nothing caught my eye to photograph and so I set about finding patterns in the items because I like patterns. I discovered a wonderful pattern on a home radio that had a woven material covering the speaker. It was this weave that interested me. I felt as though I was missing the point of being in a science museum as a weave wan't real science, was it? It didn't matter. I was interested in capturing the pattern!

I photographed the pattern made by the weave in close detail and when I zoomed into the photograph I was immediately disappointed to discover a bit of fluff in one section. Then, I reconsidered what I'd found and realised it was probably just a bit of debris that was floating around and landed on the object whilst being in storage. I set about examining the rest of the pattern in the photograph for other issues using the LCD screen on the camera but no other foreign bodies were present. I was relieved. However, when I got home, I viewed the image on my computer monitor and discovered that some of weave fibres in the mesh were filthy! They contained dirt and debris! At first I was again disappointed but then it dawned on me that this residue could be from the person to whom this device belonged!

Now I'm intrigued about this particular telecommunication device. I'm interested in the history of this item because there's a story here that I've uncovered. Forensics could discover a lot about the former owner from their radio of all devices! Why was this particular radio in this archive? Why would a curator be interested in this item? What did it represent for society? I felt amused that my initial interest in an object was primarily focused around a pattern but because I'd found imperfections that could hold a story about this particular item, suddenly I was intrigued not only by this particular example of this item but also the item in general and it's sociocultural significance. 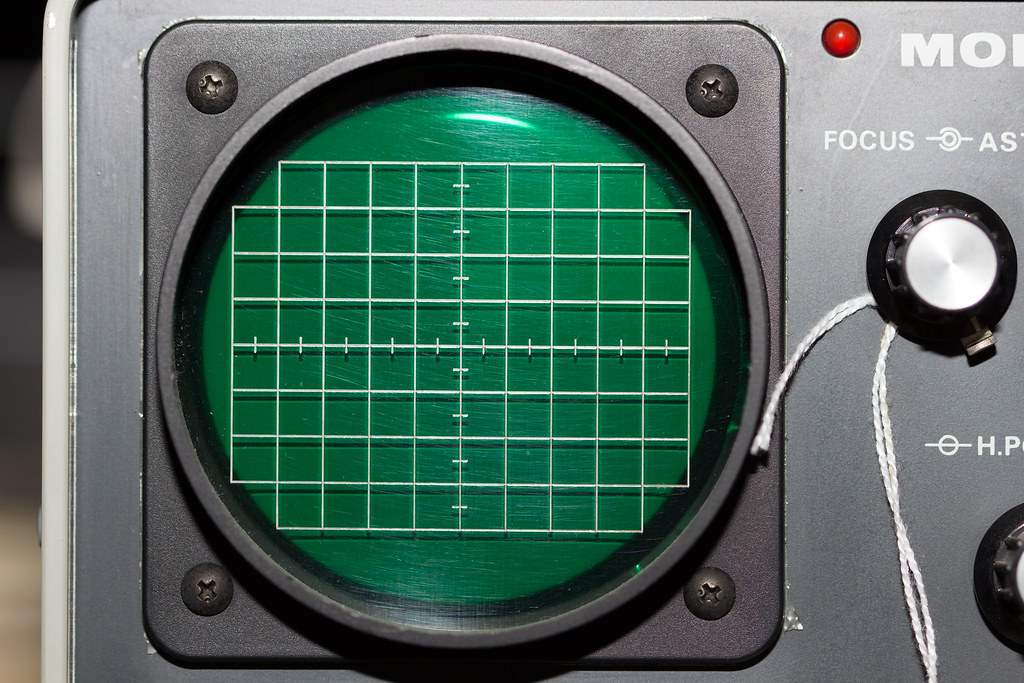 The final item that I found particularly appealing was something that looked like an oscilloscope. When I zoomed into my photograph, I noticed there were scratches on the green screen of the artefact that were not visible to my naked eye. I then wondered what would have caused such scratches. Was it stress marks in the curved glass, did the electrons somehow cause this or were they more likely caused when the user(s) cleaned the screen. I'm guessing the latter.

Overall, I realised that the archives are huge and there is much to interest and amuse everyone. I'd like to have additional access to the archives. Personally, I learned that there's more to an item than meets the eye and that if you look closely, you not only see things from a different perspective but you can also question things differently.