Both when the group from Stoke-on-Trent were exploring the Science Museum reserve collection in Blythe House on Saturday 22nd November and the museum's public displays on the Sunday, it was generally not possible to check whether various ceramic articles we saw were manufactured here (Stoke-on-Trent) as they were generally components of larger articles and it was not possible to identify them using maker's marks ("backstamps"). 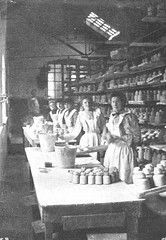 In both locations some of the most common ceramic articles were insulators used in high-voltage equipment such as X-ray generators and radio transmitters, but also insulators used on telegraph poles which operated at much lower voltages.

In the early days of static electricity, the devices were so specialised that insulation could be provided using glass or, in some cases, sulphur could be melted and then cast into specialist shapes to make effective - but fragile - insulators. When normal electrical devices began to be used on a large scale there was the.n a demand for cheap insulators available on an industrial scale. For example, it was quickly discovered that telegraph signals fixed to wooden carriers became unreliable when the wood became wet.

At that time, it was not easy to manufacture glass insulators in any of a vast variety of shapes, whereas the ceramics industry had a long history of producing complicated shapes cheaply and in vast numbers. A number of manufacturers started to specialise in the manufacture of electrical insulators, one of the best known being Bullers : this company had originally started in Devon where there were vast supplies of local clay - but no local coal for firing, then moving to Stoke-on-Trent where there were ample supplies of coal.

Bullers produced not only small insulators for telegraph and telephone lines, but also developed huge ceramic insulators which were used when the UK National Grid was being constructed from the mid 1920s. This gave the UK a national supply grid with all domestic consumers having the same domestic voltage, which had not been the case before this development.

I've uploaded some photos taken at Blythe House and the Science Museum, as well as a couple of photos from the book 'Bullers of Milton' showing the production process. 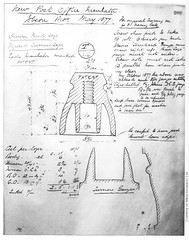 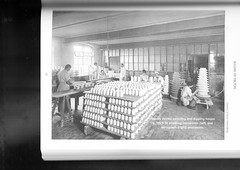 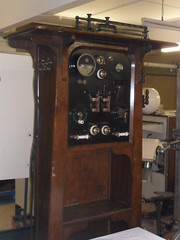 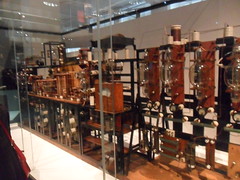 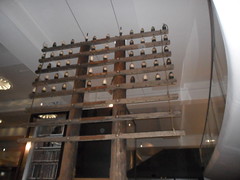 
My mother, Catherine Mabel Hayes was born on the 19th November 1935 at 33, Picardy Street, Belvedere, Kent. She lived there with her mother Mabel, her father Patrick, older brothers Patrick and Michael and her baby sister Brigid.